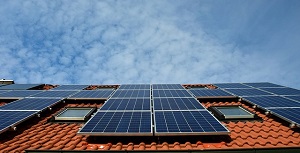 The US distribution grid is at growing risk of congestion due to the rise of decentralized energy and utilities will need to find ways to work with prosumers and aggregators to address the problem, a new white paper has shown.à‚  In the paper, titled Watch Out! Congestion Ahead: Grid Management in a Time of Customer Centricity, Siemens-Accenture JV technology services firm Omnetric Group said the growing penetration of distributed energy resources (DER) at the grid edge means that traditional grid reinforcement techniques will no longer do the job of avoiding congestion.

A major issue is that increasing output from DERs can cause reverse power flows in the distribution system, resulting in operating patterns that were not considered during planning, design and protection studies and leading to equipment damage, widespread outages and, ultimately, grid unreliability.

Omnetric recommended that utilities add more tools to increase their flexibility, building on current initiatives such as demand response, energy efficiency programmes and services for smart and connected buildings. According to the paper, over two thirds of utilities see such schemes, designed to influence the behaviour of prosumers and aggregators, as growing in importance over the next five years.

In addition to solving congestion, the paper found that a distribution utility could save around $4.5m over ten years (or $20,000 per year per MW of DER capacity) by implementing solutions such as battery energy storage, demand response or DER management systems.

à‚ “Distributed energy resources, while unpredictable, have the potential to enable utilities to operate grids more efficiently and economically,” Omnetric Group said. “By adding software tools to the grid, utilities can influence the behaviour of different stakeholders such as consumers and aggregators and smooth-out peaks in the system.”

Craig Cavanaugh, CEO of Omnetric Group in North America, said: “As more energy resources are added to the grid edge, congestion is a looming threat which the traditional system view cannot expose.”

“Our research shows that distribution operators need to switch outlook if they are to avoid grid congestion in the new energy economy. Rather than focusing on load arriving downstream from transmission, they need to monitor the activities initiated by customers and other parties, often located behind the meter.

“This type of vigilance requires advanced solutions and integration of operational and information systems data to enable a mix of asset-, behaviour- and market-based actions that can combat congestion.”à‚