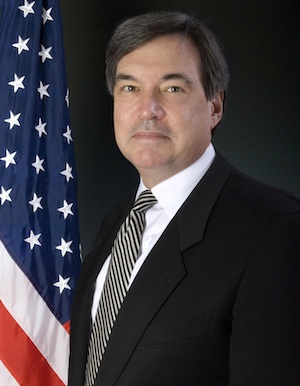 The US is moving away from an electricity generation system based on large, centralised power stations to a distributed generation or decentralised model.

This is according to Jon Wellinghoff, chairman of the Federal Energy Regulatory Commission (FERC), who gave a keynote address at this week’s POWER-GEN International Conference & Exhibition.

Solar photovoltaics (PV) is expected to play an important role in the “rapid expansion” of the US’ distributed generation sector, says Wellinghoff, as more and more households and businesses explore the feasibility of  rooftops installations.

Currently, the United States has a PV installed base topping 4000 MW.

Wellinghoff also believes that with the continuing low gas price in the US, on-site natural gas-fired cogeneration systems – both turbine and engine-based – will attract increasing interest by driving down energy costs compared to the traditional centralised generation system.

A key factor now driving this move, according to Wellinghoff, is the seeming prevalence of natural disasters hitting the US, including most recently Hurricane Sandy.

Wellinghoff concluded that the country’s utility industry must decide how to respond to this shift and encouraged it to see it as an opportunity rather than a threat, and to invest in distributed generation.