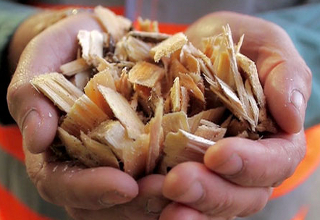 A new report urges the UK government to “establish a clear vision for distributed generation” to help solve the country’s energy trilemma of sustainability, affordability and security and boost the capacity of renewables.

The report, to be published tomorrow by Carbon Connect, an independent forum of MPs and energy sector leaders, calls for stronger and clearer leadership from government to co-ordinate and drive the growth of distributed generation.

It also demands action “to reform a regime that is struggling to cope with recent expansions in distributed generation and address barriers developing the electricity system efficiently”.

The independent report, supported by Siemens and Covanta Energy, makes over 20 recommendations for the government, energy regulator Ofgem and distribution network operators.

It states that distributed generation will be critical in the trebling of renewables capacity to 45 GW by 2020 and delivering around 40 per cent additional lower carbon energy from combined heat and power by 2020, bringing installed capacity to around 9 GW.

Distributed generation currently represents around 11 per cent (9 GW) of the UK’s electricity capacity and over half of this is renewables.

MP Laura Sandys, who chaired a Carbon Connect inquiry into distributed generation, said: “A huge amount of our energy infrastructure needs replacing or upgrading within the next ten years if the UK is to keep the lights on and meet its carbon reduction targets. Distributed generation is an important gateway to the deployment of many low carbon technologies, from wind to biomass and solar power.

“Distributed generation presents the opportunity to quickly deliver much needed new generating capacity and attract investment in energy infrastructure from new and diverse sources. This is important if the UK is to keep the lights on as supply margin falls from 14 per cent to 4 per cent by 2015/16 and as the UK seeks à‚£110 billion pounds of investment in energy infrastructure by 2020.”

The report further calls for greater policy stability and continuity across the energy market in order to attract investment, particularly in low carbon generation.

The report finds that the current regime has been struggling to cope with recent growth of distributed generation driven by the increasing popularity of renewables. Ofgem, DNOs and local authorities are urged to work together to “provide a better service to distributed generation developers, allowing more efficient development of the electricity system in this critical phase of its 130 year history”.

Stephen Barker, head of energy efficiency and environmental care at Siemens, said: “One of the key industrial and economic challenges of our time is getting the issue of distributed generation right. It is essential there is a robust strategy to support this important gateway that will allow for the deployment of effective low carbon technologies of the future. There is also immense potential to grow and green our economy if we work together to develop these technologies to the fullest extent over the coming decade.”