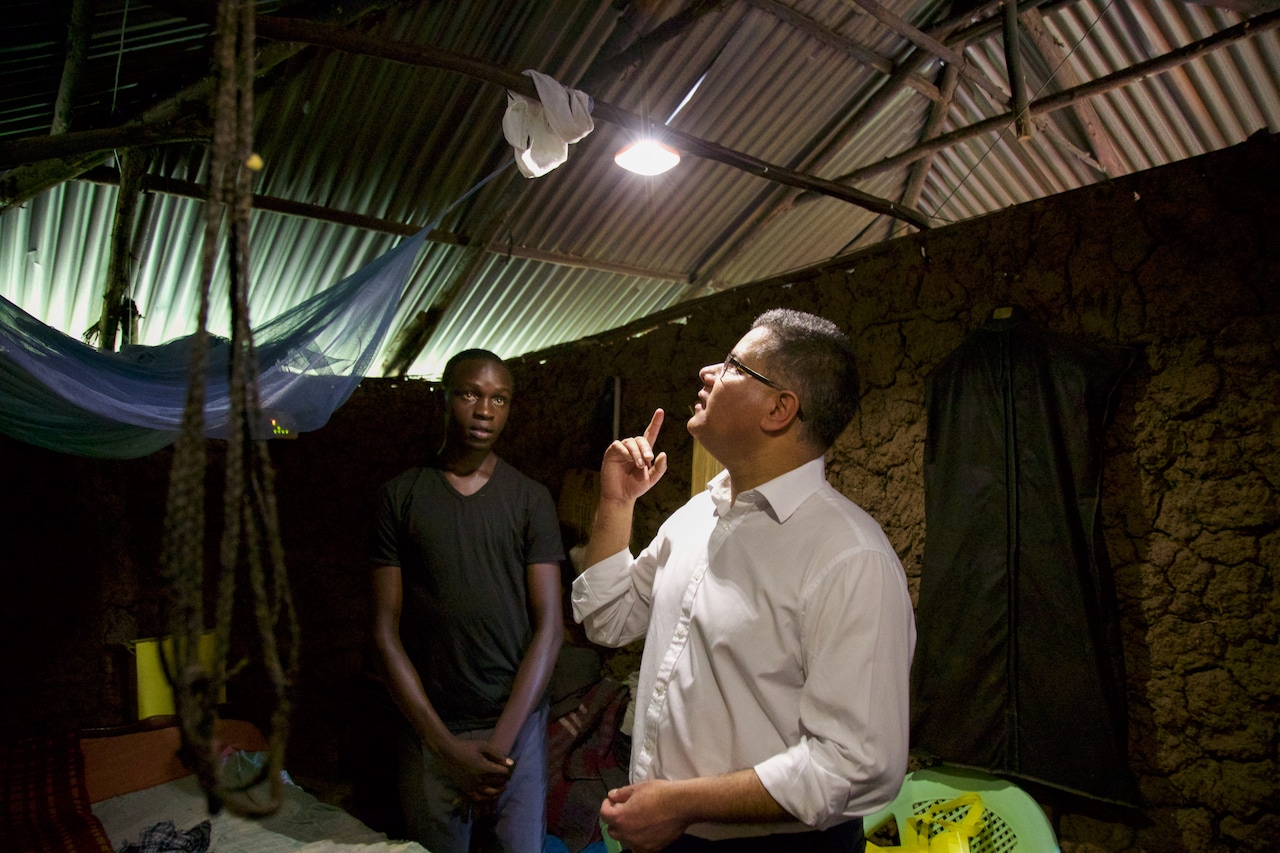 Mr Sharma met 19-year-old Neville Ochieng and his family in Kisumu, Kenya, in the run-up to next week’s UK-Africa Investment Summit in London, which aims to strengthen ties between African countries and Britain.

Neville is a first-year student at Masinde Muliro University studying a Bachelor of Science Degree in Applied Statistics. Before solar, Neville was forced to use a kerosene lamp when studying and put up with the adverse effects of harmful fumes.

UK’s Azuri will be sharing its African success story at the summit, detailing its leading pay-as-you-go solar home systems, designed to provide off-grid households across Africa with affordable clean energy and improve the lives of people like Neville.

Mr Sharma has pledged new UK aid support to build the African cities of the future, so the continent can continue to thrive and reach its economic potential. Furthermore, he will be setting up a UK Centre for Cities and Infrastructure, which will turbo-charge investment in fast-growing cities across the developing world.

The Centre will provide British expertise to African governments and city authorities to improve the way cities are planned, built and run, including making them more environmentally-friendly. It will focus on improvements to infrastructure, including water and energy networks.

During his trip, Mr Sharma also announced an expansion of the Department for International Development’s (DFID’s) Cities and Infrastructure for Growth programme to Ghana, Rwanda and Sierra Leone.

Sharma said during his trip to Kenya: “Our new UK aid support announced ahead of the UK-Africa Investment Summit, will contribute to creating the African cities of the future, using British expertise to provide quality, green infrastructure across the continent.

“Infrastructure is the backbone of economic growth. It helps the poorest people access basic services such as clean water and electricity, creates jobs and boosts businessà¢€¦ This will benefit people and businesses across Africa, but also back at home in the UK, creating a successful future for all of us.”

Commenting on the Minister’s visit and forthcoming Investment Summit, Azuri CEO Simon Bransfield-Garth said, “Africa has some of the fastest growing economies in the world and British businesses are ideally placed to support this growth and improve the lives of millions of consumers.”