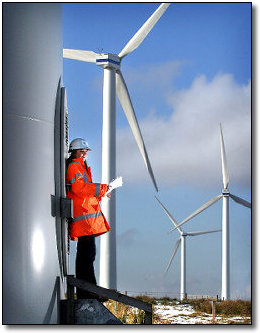 Researchers at DNV GL believe it is possible for 60 per cent of renewables to integrate into European distribution grids by 2030 through mitigating technical and regulatory measures.

The study compiled by DNV GL for the European Commission, carried out in conjunction with Imperial College London and NERA Economic Consulting, considered the impact of renewables on distribution grids both locally and across regions within Europe.

The study asserted that measures like Smart grid technologies, Demand Response and a balanced geographical distribution of renewables can significantly reduce the cost of integrating renewables.

The potential for the integration will come with an extensive expansion of infrastructure, including transmission and distribution networks as well as conventional backup generation.

The study Integration of Renewable Energy in Europe assesses the integration of renewable energy sources into the existing grid until 2030, concluding that the need for expansion strongly depends on the different structures of European distribution grids as well as the mix of distributed generation technologies (e.g. wind , PV-plants and mini-CHP) in individual countries.

In addition, Demand Response stands out as a particularly promising measure to reduce costs, especially in the light of the significant load growth assumptions taken from the scenarios of the EU Energy Roadmap 2050. If deployed alongside a balanced geographical distribution of renewables, i.e. taking wind and solar capacities away from the best resource location and towards load centres, the cost of integrating renewables can be significantly reduced.

The study also shows these technical measures can be supplemented by regulatory and market-based instruments. These may facilitate the grid integration of renewables for instance by incentivising a parallel expansion of renewable generation and network infrastructures, promoting a balanced distribution of decentralised generation and stimulating the development and use of innovative technologies.

“The research findings present a positive image of the role renewable energy sources can play in keeping with the objectives of the EU’s Energy Roadmap 2050,” said Christian Hewicker, Head of Section Energy Markets at DNV GL and Project Manager of this study. “However, our analysis suggests that there are a number of technical, regulatory and market-based measures that should be used to facilitate the integration of renewable energy sources – while keeping the need for additional, costly infrastructure to a minimum.”

The full report Integration of Renewable Energy in Europe is available for download here.