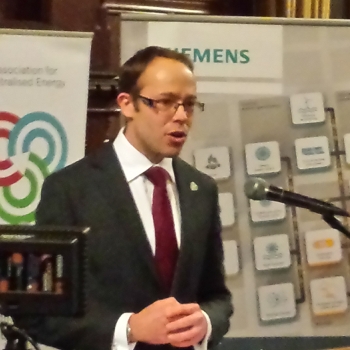 A productivity review released by the Association for Decentralised Energy (ADE) shows how the UK electricity system wastes a staggering à‚£9.5bn of energy a year before it reaches homes and businesses and identifies potential savings.

The report, Less Waste, More Growth: Boosting energy productivity, published this month by an unlikely coalition of 14 organisations led by the Association for Decentralised Energy (ADE) highlights the data on energy wastage, one of the worst in Europe ” and outlines a number of immediate, practical and cost-effective ways of reducing this waste.

The report identifies measures which could save the equivalent of à‚£116 on every householder’s energy bill; a total of over à‚£3bn a year. It says that fewer than 10 per cent of UK power stations currently recover waste heat. This represents a missed opportunity to save à‚£2bn annually and estimates that the UK could save the equivalent of à‚£23 per household just by upgrading its electricity network’s efficiency to match that of Germany’s.

Tim Rotheray (right), Director at the Association for Decentralised Energy, commented: “The fact that we waste enough energy to pay half the electricity bill of every home in Britain should be a national embarrassment. It does not have to be this way. The productivity review is a great opportunity for Government to focus on how it can support investment in cutting energy waste.”