Many organizations and manufacturers of cleaner technologies advocate a shift from current methods to an output-based approach. Such groups include the State and Territorial Air Pollution Program Administrators (STAPPA), Association of Local Air Pollution Control Officials (ALAPCO),1 Ozone Transport Commission,2 Pew Center on Climate Change, and the US Combined Heat and Power Association (USCHPA). The Pew Center on Global Climate Change, in a July 2002 publication3 stated, ‘Other reforms to the Clean Air Act also could significantly affect the ability of new highly-efficient generation technologies to enter the market. For instance, air regulations that express limits on an output basis (e.g. lbs/kWh) as opposed to input basis (e.g. lbs/Btu of fuel) would encourage investment in new efficient plants.’

If output-based standards could encourage the installation of newer and cleaner generating systems, the obvious question is why they are not used more widely in the US. The answer is not simple, but part of it relates to simple inertia. For more than 50 years, the US has employed a ‘central power paradigm’ in which utility monopolies built large central power plants many miles away from urban centres. That paradigm made sense for several years as larger power plants were more efficient but, by the late 1950s, the US electricity industry was operating at only a 33% efficiency level, meaning that for every three units of fuel burned only one unit of useful energy was obtained.

FIGURE 1. A power plant producing more useful energy and less pollution for that energy is not rewarded using input-based standards

Although the utility industry has delivered relatively reliable power and, therefore, gained an image of being as effective as possible, this dismal efficiency record has not improved. Power plants that stand to lose if output-based standards are adopted are the older, inefficient, coal-burning units. Utilities owning those plants will use their political clout to maintain the status quo for as long as possible.

Still, an output-based permitting approach falls in line with President Bush’s goals for helping industry reduce criteria pollutant emissions under the Clean Air Act. In May 2001, the National Energy Plan recommended that the President direct the administrator of the EPA to promote CHP through flexibility in environmental permitting. The EPA put forth draft output-based guidance for CHP in accordance with this recommendation.

‘If you want to reduce your costs, start by reducing your waste.’ Sean Casten points the way to ‘free’ electricity from CHP by capitalizing on available steam pressure to generate extra power.

In every industry other than the electrical power industry, it is axiomatic that efforts to drive up processing efficiency have zero marginal operating cost. Whether a lumber mill is able to increase its board-feet per log by installing thinner saw blades, or a integrated chip manufacturer is able to increase its chip RAM per pound of silicon, all such investments are correctly assumed to ‘make do with less’. In all cases, the facility is able to simultaneously increase its production of finished material and reduce its scrap rate without increasing raw material purchase. 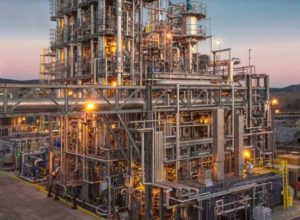