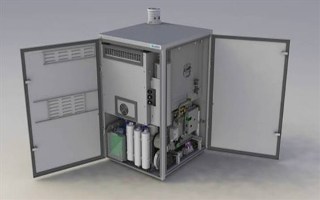 The adoption by the European Parliament of a microgeneration resolution that highlights the need to unlock the potential of small-scale technologies, such as micro-cogeneration has been warmly welcomed by COGEN Europe.

The Microgeneration Resolution, which was passed with an overwhelming majority yesterday, emphasizes the necessity to act on making microgeneration technologies, including micro-cogeneration – such as CFCL‘s BlueGen system (pictured)- an integral part of the EU energy system, while empowering consumers to produce their own electricity and heat.

During the debate, Judith Merkies, the Member of the European Parliament who initiated this resolution, presented small-scale technologies as a “blind spot” in the European energy policy so far, despite their potential to cover a large portion of the region’s energy needs.

Representing the European Commission, Commissioner Oettinger, agreed that microgeneration shall not be disregarded, as all sources of energy are important in EU’s transition to a more secure and sustainable energy system.

Dr. Fiona Riddoch, COGEN Europe‘s managing director, stressed: “A stronger uptake of microgeneration technologies, such as micro-cogeneration, bears a massive potential in terms of job creation, GHG [greenhouse gas] cuts and achieving a more ‘prosumer-centred’ energy system. It is high time that Europe starts treating these technologies as enablers to the energy system of the future. “