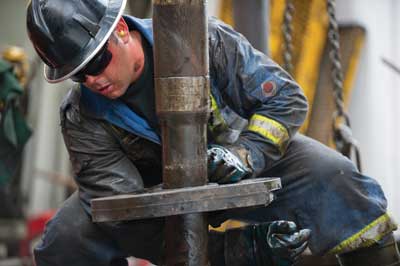 The potential for cogeneration as an accompaniment to gas power production is becoming more recognised by the gas industry, but experts say outdated policies and anti-competitive regulations are hindering potential growth.

Traditional coal-fired power plants generate power and heat, but the heat is wasted, typically lost in the form of steam from massive cooling towers. CHP systems capture and reuse that heat, resulting in double or triple the efficiency, advocates said Wednesday at a gas industry conference at West Virginia University, US as reported by Associated Press.

Natural gas fuels about 80 per cent of the nation’s cogeneration systems, said Vignesh Gowrishanka of the Natural Resources Defense Council. But the process accounts for only 9 per cent of U.S. power generation.

The potential exists to double or triple that while lowering costs, increasing competitiveness and making electrical service more reliable, Gowrishanka said. There’s also a revenue opportunity in selling either steam or electricity to nearby facilities.

Illinois-based Recycled Energy Development sells CHP systems, but vice president Dick Munson said well-intentioned environmentalists and policymakers inadvertently discourage growth when they set energy-efficiency goals and specify the technologies that should be used to attain them.

The market should determine how to meet those goals, Munson argued. And government should retool regulations such as those that allow only large utilities to string power lines over public roads.

“We have created a regulatory paradigm that doesn’t reward efficiency or entrepreneurialism,” he said, and one that relies on monopolies and red tape. “We have created an electricity system that the Soviets would have ended.”

A drilling boom is underway in the Marcellus and Utica shale fields, massive underground gas reserves stretching from New York across Pennsylvania and West Virginia to Ohio. Munson urged policy makers to remain sceptical of rosy estimates of the volumes in those reserves.

“But if we assume we’re going to burn more natural gas to make electricity, he said, “let’s’ burn it in the most efficient manner possible.”

Power generation hasn’t changed much in the U.S. in 60 years, but Cheryl Roberto, a former member of the Ohio Public Utilities Commission said the pressure to evolve is growing.

Of particular interest, she said, are colleges, prisons and other institutions that produce electricity using coal- or oil-fired boilers and heat using separate systems. Those institutions will soon have to comply with new clean-air regulations, so Ohio and the U.S. Department of Energy are conducting a pilot project with CHP.

“How many boilers do we have in Ohio?” she said. “A lot, and that’s why this makes sense.”

CHP is not always going to be cost-effective, Roberto said, but it is technically possible. It could benefit not only the immediate user but also create self-sustaining “islands of power” when an emergency situation that affects the larger electrical grid.

The West Virginia University College of Law hosted the forum to discuss challenges facing the natural gas industry and policies that could stimulate demand and stabilize domestic prices.