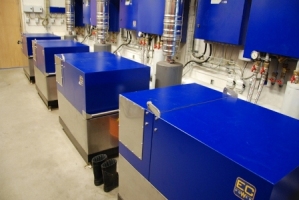 The recent initiative of MEP Judith Merkies to start a debate on the important but often overlooked role of microgeneration, including micro-CHP, in the context of EU energy goals has been welcomed by COGEN Europe.

The draft resolution on Microgeneration – small scale electricity and heat generation, put forward by. Merkies last month, was debated by the ITRE Committee last week, and there was agreement that the issue requires more attention.

According to COGEN Europe, while existing European legislations, such as the Energy Efficiency Directive, does require Member States to promote micro-CHP, there is still a need for higher recognition of the benefits that this technology can bring in terms of energy savings, cost-effective emission reductions and increased security of supply.

The European Parliament is planning to hold a vote and debate on the microgeneration resolution in October, following a vote at committee level on 9 July 2013.