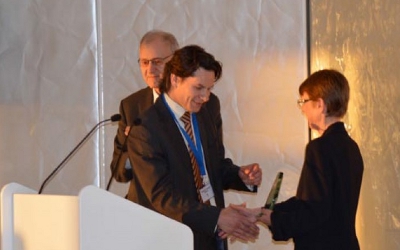 COGEN Europe celebrated its 20th anniversary recently and to mark the occasion the 20th Anniversary Dinner was held in the Panoramic Hall of the Square in Brussels.

The evening was preceded by a speech from Ms Marie Donnelly (DG ENER, European Commission).

On the night COGEN Europe recognised exceptional contributions to the sector through the Annual Recognition Awards.

Winners of the Policy Development Award were the State of North Rhine-Westphalia (Germany) and also the Flemish government, Flemish Energy Agency (VEA) and Flemish Regulator of the Electricity and Gas Market (VREG).

The Technology/Innovation Award was presented to Stadtwerke Rosenheim in Bavaria.