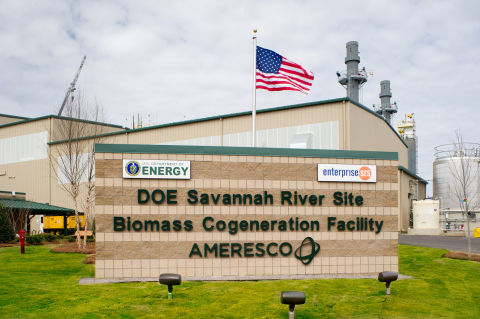 A February ice storm that devastated much woodland in South Carolina, US, has had a positive impact in helping to run a local bio-energy plant.

21,000 tonnes ofà‚ timber and woody debris damaged by the storms have been burned as renewable energy at the Savannah River bio-energy plant, run by Ameresco in Aiken.
Ameresco, Inc., (NYSE:AMRC) used the wood at its biomass cogeneration facility located at the US Department of Energy Savannah River Site.

Ameresco’s biomass cogeneration facility began receiving damaged wood the week following the winter storm in South Carolina and Georgia. Since the storm nearly 21,000 tons of storm-related fuel wood has been purchased for the biomass plant, which represents more than 55% of total purchases during the period.

Ameresco says it expects to continue receiving damaged timber and woody debris from the region through the summer.