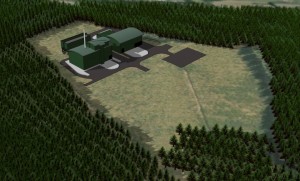 Guaranteed à‚£48 million (US$80 million) of finance by the UK government, the remaining investment for the à‚£74 million Speyside project will come from the John Laing group and the Green Investment Bank.

The new woodchip combined heat and power plant will supply 87.4 GWh of electricity to the national grid annually while 76.8 GWh annually of heat will be used at the adjacent Macallan whisky distillery, providingà‚ approximately 90% of the steam needed in the distillation process.

Fuelled with sustainable forestry by-product sourced from the local area, the project is due to be completed in 2016.

Mott MacDonald is lenders’ technical advisor for the project.

Using biomass to generate heat will allow the distillery to reduce its greenhouse gas emissions by over 17,500 tCO2e annually.