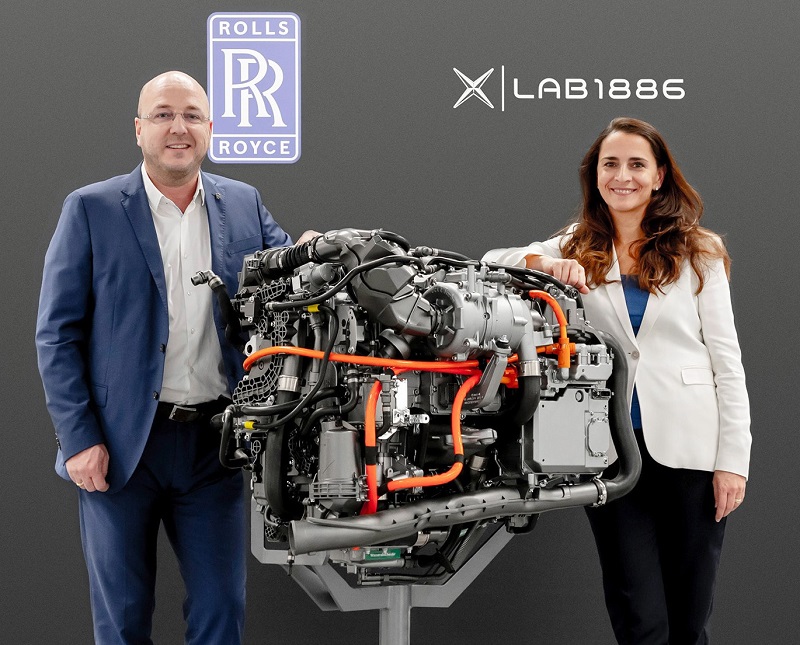 Rolls-Royce and Mercedes-Benz innovation team Lab1886 are collaborating on the use of vehicle fuel cells for stationary power generation.

A pilot project has been agreed between the Rolls-Royce business unit Power Systems, which produces solutions under the MTU brand name, and Lab1886.

Over the coming months, Rolls-Royce will develop an integrated MTU solution for sustainable off-grid generation of continuous and emergency power using vehicle fuel cells, focused on safety-critical applications such as data centers.

To date, these generator sets have been diesel-engine based, but fuel cells could be a valid alternative.

The pilot project will begin early next year and will include the construction of an emergency power plant for Rolls-Royce’s data center in Friedrichshafen. The plant will be based on fuel cell modules built by Mercedes-Benz Fuel Cell.

Mercedes-Benz has developed expertise in hydrogen-powered electric vehicles through its work on many generations of vehicle, while Rolls-Royce has long-standing experience of fuel cell systems using other technologies.

Rolls-Royce Power Systems chief executive Andreas Schell said: “As a supplier of integrated solutions, the decarbonization of our drive, propulsion and power generation systems is a key strategic aim. In pursuing it, we’re open to all technologies. Hence fuel cells are set to become a key technology for us.”

Dr Martin Teigeler, R&D chief of Power Systems, added: “The idea behind the fuel cell is as ingenious as it is simple and we’re all pretty familiar with it. But implementing it in practice can still be a difficult challenge. Now that fuel cells have reached series maturity, they’re ready for the commercial market.”

Alongside fuel cell technology, Rolls-Royce is researching the manufacture of hydrogen and other synthetic fuels using renewable energy sources ” also for use in fuel cells. “Used in this combination, fuel cells promise to make an even bigger contribution to the energy turnaround,” said Teigeler. “And we’re delighted to have Lab1886 as our partner, because their technological mindset fits ours perfectly. We’re confident that Mercedes-Benz fuel cell modules have the potential to open up new application possibilities in stationary power generation as well, and that’s our market.”

Susanne Hahn, head of Lab1886 Global, said: “We’re delighted to be supporting Rolls-Royce on a pilot project that will bring us closer to a successful energy transition outside the realm of the automobile.”

Rolls-Royce said in a statement that fuel cells “are now a feasible proposition for the carbon-neutral generation of emergency and continuous power to keep data centers up and running. Few energy technologies offer the same level of reliability and modular scalability and include all the benefits of renewable energies without dependence on the conventional energy market. Constantly fed with hydrogen, fuel cell systems can generate continuous power. Synergies can also be exploited for cooling purposes, since the outlet temperature of the computer system coolant corresponds to the inlet temperature of the fuel cell coolant.”