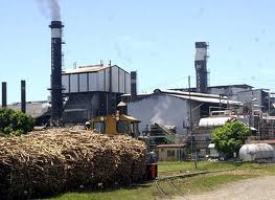 The new cogeneration plant, which is located at the Rarawai sugar plant in Balawa, will utilize bagasse, the sugar by-product, to generate both electricity and process steam for the mill.

Last year, the Fiji Times reported that the Rarawai sugar plant had been experiencing operational problems with its existing turbine and boiler, which supply electricity to the plant, for some time.

FSC’s executive chairman Abdul Khan confirmed for the newspaper that the cogeneration project would proceed, saying “rather than spending up to $18m on a dedicated boiler and turbine generator, the thinking is it would be better to purchase and install a cogeneration plant which would generate electricity for the factory and generate revenue to meet plant costs at the same time.”

FSC is in the process of finalizing all the contractors for the project.

Final construction will commence by the third quarter of 2013 and finish in three to four months’ time, with the power plant up and running by the end of 2013.

It is the first phase of a 45 MW project.

FSC is government-owned and is also the largest public enterprise in the country employing close to 3000 people.