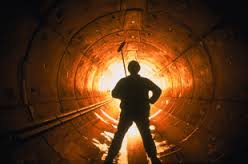 Cooking waste from East London restaurants and food companies is to be used to fuel a new £107m 19 MW combined heat and power plant serving Thames Water and National Grid.

A consortium led by iCON Infrastructure Partners and including EEA Holdings Limited and 2OC Limited has entered into agreements to fund and construct the environmentally friendly facility that will provide heat and power under long-term contracts to those vital companies in the UK capital’s infrastructure at Beckton in East London.

The facility will be integrated with National Grid’s gas pressure reduction station and is in close proximity to Thames Water’s desalination plant and sewage treatment works.

The energy generated from the waste will also enable the city’s fathers to assist in solving the problem of easing the financial and logistical problems of pouring £1m a month into clearing the drains of 40,000 fat-caused blockages a year.

Thirty tonnes a day of waste will be collected from leftover cooking oil supplies at eateries and manufacturers, fat traps in kitchens and pinchpoints in the sewers – enough to provide more than half the fuel the power plant will need to run. The rest of its fuel will come from waste vegetable oil and tallow (animal fats).

The deal, worth more than $300m over 20 years is due to be operational in early 2015 and the plant will produce enough electricity to run just under 40,000 average-sized homes.