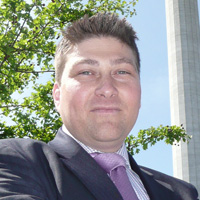 Graham Meeks, Director of the Combined Heat and Power Association is to step down from his post with effect from the 1st July 2013, it was announced in a statement via email on Thursday.

The Association’s Deputy Director, Ian Manders, will take up the post as Acting Director until a permanent appointment is made. Meeks will remain with the Association in an advisory capacity until the end of August before moving on to a new role in the low-carbon energy sector.

Commenting on the announcement, Julian Packer, Chair of the Association, said:
“The CHPA now has a strong and capable team in place, continuing to lead on advocacy for distributed energy and providing effective and professional representation for the CHP and district heating industries.

I would like to thank Graham for his work for the industry and leadership of the Association that has helped to bring us to this point.”

Reflecting on his departure, Graham Meeks commented: “It has been a privilege to lead such a dedicated team at the Association and to work with so many experienced and committed members of the industry. It has been a pleasure to enjoy widespread support from the industry’s many stakeholders, from energy managers to Ministers and Secretaries of State.

The Association is well placed to support the industry in an exciting new period of expansion and I look forward to following its fortunes in the years ahead.”