Northern Italy is not the most obvious place to find a major waste-to-energy plant that distributes heat to a large district heating network as well as generating power – but that’s exactly what 30 or so delegates from PowerGen Europe found on a technical visit. And the Brescia Waste-to-Energy Power Plant is, according to researchers from Columbia University in the US, ‘the best of its type in the world,’ said systems engineer for owner and operator a2a, Lorenzo Zaniboni.

The plant burns municipal waste collected from the city of Brescia, principally, along with some residues from local paper recycling operations and some wood wastes. Last year, it burned 800,000 tonnes of waste, 310,000 tonnes of which was biomass, to generate 570 GWh of electricity for export to the grid and 530 GWh of heat.

In the winter, the plant operates in CHP mode, producing more than twice as much heat as power and operating at an overall efficiency of 84%. The heat is fed into the 525 km of pipes that make up Brescia’s district heating network and connect 16,000 buildings in the city. Two more heating plants also feed the network, one of these a peaking plant. In the summer, the heat load drops to a much lower level and the highly flexible plant is largely a waste-to-electricity plant. Visitors saw the huge condensing towers at work rejecting heat to the atmosphere.

The plant was built from 1995 onwards by a consortium led by Ansaldo Energia and including combustion system maker Martin and ABB, which was responsible for the flue gas and flue gas clean-up system. Recent work by Ansaldo has resulted in the upgrading of the steam turbine at the plant to produce 117 MW, from an earlier 85 MW.

Flexibility and efficiency are perhaps the features of the plant that earned it the ‘best’ citation from Columbia University – as well as operating in two seasonal modes and all points between, the plant burns a waste stream that has already had more than 50% of its content separated out for recycling. So most plastics are gone, but so is most of the organic fraction, which is sent for composting. The plant is just one of many tools in the waste treatment armoury, says Zaniboni, not a solution. It therefore operates firmly within the waste hierarchy – waste prevention, separation of recyclables, composting of organics, energy recovery from the remainder and residues to other uses where possible, and then to landfill. Final stack emissions emerge cleaned by a host of filter and SCR systems to easily beat latest European standards.

And who operates such a plant? The newly named a2a is largely owned by the municipalities of Brescia and Milan (27.5% each) and a host of private sector investors (43%). a2a is Italy’s largest district heating company and would like to build more waste-to-energy plants to help solve what has become a landfill crisis in Italy – a second plant in Milan and, perhaps several in the south of the country. 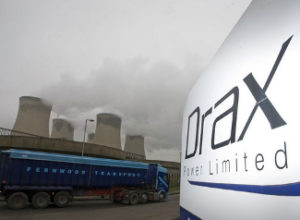