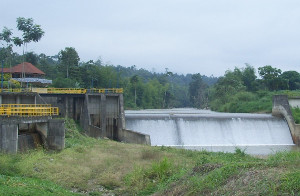 The global small hydropower market is set to grow by almost 3 per cent per year to 2023, according to new research.

In its latest report, analysis firm Transparency Market Research predicted that the market would grow at a CARG of 2.85 per cent to reach an installed capacity of 146.7 GW by end 2023, up from 2014’s global capacity of 94.7 GW.

Asia Pacific is currently the most profitable region, accounting for more than two thirds of 2014’s global small hydropower demand. China boasts the largest number of installations, followed by India. Together with Japan, China and India should ensure that Asia Pacific remains the most lucrative small hydro market, the report said, with advantages offered by renewables policy initiatives, tax credits and other incentives.

Europe remains the second most profitable region for small hydro, with maximum demand coming from Italy where significant monetary support is available. However, the European market is expected to slow due to the economic downturn, although the US and Canada may provide compensatory opportunities.

Globally, demand for small hydro systems is driven by renewables-friendly policies, the technology‘s low capital investment and low generation cost, and its suitability for rural and remote areas. The systems’ long working lifespan is also a factor, as an installation can run for around 50 years. And operation and maintenance costs are around 2-3 per cent of the initial investment, which the report said is a significant factor in adoption.

Replacement of existing plants and a focus on refurbishment are predicted to be part of the key players’ business strategies “in the near future”, the report noted.à‚