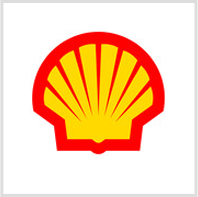 Shell is developing up to 20 microgrids in the Philippines for communities hosting its Malampya gas field project in the country.

The move is part of the Access to Energy (A2E) social engagement that the company has been institutionalizing for its project host-communities, primarily for marginalized jurisdictions or the most hard-to-reach areas.

In a briefing with reporters, Pilipinas Shell Foundation, Inc. (PSFI) Senior Program Officer Antero Rebueno noted that as of May this year, the company has already completed micro-grid energization initiatives in their host communities of Batak, Ligad, Binaluan, Decabaitot and Baras – plus four other jurisdictions that had been installed with solar home systems.

He qualified that such drive had been part of PSFI, it was gathered, had already spent roughly R30 million in the micro-grid electrification program that had integrated solar, hydro and diesel generating sets into the electricity system serving the beneficiary-areas.

The power system being set-up in these project areas is being operated by the community on a cooperative-style arrangement.

On the energization program, Shell indicated that “roughly 75,000 households in Palawan are affected by inconsistent access to electricity,” – in fact, it has made Palawan the country’s “capital of brownouts.” But in Shell’s host communities, it has been opting to change that radically.

In the areas with micro-grid installations, Leonil Severino, president of the Binaluan Electric Association, has vouched that they are now assured of round-the-clock electricity service, hence, improving also the community’s overall social existence.