US business tycoon, Donald Trump told a Scottish parliamentary committee that he had received assurances that a wind power project would not proceed and detract from a multimillion golf resort he had financed near Aberdeen.

However government representatives say no such assurances were given, and the head of the wind facility added his disapproval of what he sees as overly negative campaigning against the project.

Mr Trump was giving evidence to the Scottish parliament’s economy, energy and tourism committee, which is conducting an inquiry into whether Scotland can meet its green energy targets, reports the Financial Times.

Officials say the offshore wind industry could attract about £30bn worth of investment in Scotland and lead to the creation of up to 28,000 Scottish jobs.

The wind farm in Mr Trump’s sights is the European Offshore Wind Deployment Centre, an 11-turbine, £230m ($372m) joint venture between the utility Vattenfall, engineering firm Technip and the Aberdeen Renewable Energy Group. The businessman says it will spoil the view of visitors to his golf course on the Aberdeenshire coast, which is due to open in July.

David Rodger, spokesman for the project, said the partners were “disappointed by the disproportionate campaign” against it and Scotland’s wind energy industry. Any failure to go ahead “puts at risk the development of Scotland’s, the UK’s and Europe’s ambitions for low cost energy from offshore wind and a £7bn boost to the UK economy,” he said.

A spokesman for Mr Salmond dismissed the claims as “total nonsense”. “Absolutely no assurances have been given at any time by the first minister or anyone in this administration to Mr Trump or his organisation and any claims to the contrary are wrong,” he said in a statement. 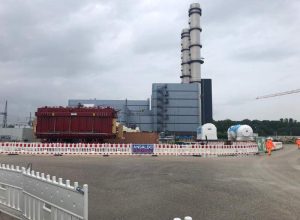