Recognition of potential for off-grid energy in rural Africa 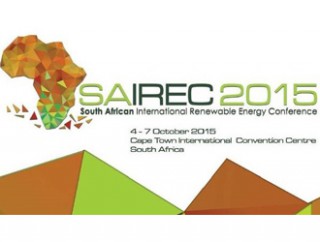 Clean off-grid and decentralised solutions are being recognised as a financially viable alternative for supplying electricity to isolated regions, according to the declaration of the South Africa International Renewable Energy Conference 2015, which took place in Cape Town, South Africa this week.

The conference, attended by ministers and government representatives of 28 countries, called for increased development of renewable energy, with rural needs being met with grid and off-grid solutions, in order to achieve a global sustainable energy transition.

The conference participants noted that to make universal access a reality by 2030, 1.3 billion people, out of which 621 million in the Sub-Saharan region, should be provided access to electricity. The scale of the challenge requires that all approaches, including grid and off-grid solutions are taken into account and adopted based on national appropriateness and efficiency principles.

It also calls on utilities to adapt to the new paradigm of decentralised energy generation, and to develop new business models.

The newly created Green Climate Fund should also provide a new finance stream for renewable energy development, the SAIREC declaration says. The Green Climate Fund was established with at COP16, in 2010, with the aim of making a significant and ambitious contribution to global efforts towards attaining the goals set by the international community to combat climate change.

Marcus Wiemann, the Executive Director of ARE, the Alliance for Rural Electrification, said that the federation’s growing membership has proven that with the use of the right technologies, implementing clean energy projects in developing countries is most effective.

ARE has recently published a paper highlighting the key importance of rural electrification for the socio-economic development on non-urban regions in developing and emerging countries.