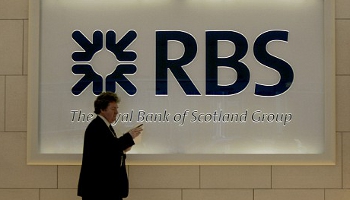 The Royal Bank of Scotland (RBS) has doubled its financial lending to sustainable energy projects, with on-site solar and biomass key areas of focus.

g spree from the bank in 2015, as the bank showed itself to be a true champion of energy efficiency initiatives.

According to Edie website, SMEs have identified around £10m in potential long-term savings through RBS’ unique auditing service.

The bank have just announced a third consecutive year of growth for financial lending to sustainable energy projects, as it homes in on a £3bn lending total by 2017.

The £1bn-plus lending figures for this year have been described as a record for the banking sector by renewables and infrastructure market-data provider InfraDeals.

In order to hit the 2017 target, the auditing service is now being extended to larger firms with an annual energy spend of more than £200,000. The scheme helps these corporates comply with ESOS and other industry regulations.

Figures from the bank’s website also reveal that funds – both lent out and committed – to companies exploring oil and gas projects fell by 70 per cent from £22bn to £6.6bn in 2015.

The bank has reduced total energy consumption in its own operations by 15 per cent from a 2012 baseline, although another 15 per cent reduction is still needed to meet its 2020 target. Reduced energy use has seen RBS save £350,000 annually at its main London office.

The bank has also retrofitted a variety of offices with innovative air conditioning systems, LED bulbs, motion sensors and solar panel arrays. Last year, for example, RBS buildings in Bristol were fitted with 12 sustainable innovations as part of the Bristol Go Green Challenge.