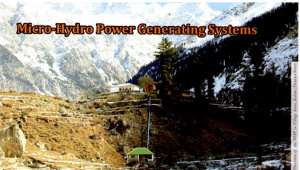 The project in the Malakand division, aimed at isolated off-grid rural communities, is being funded by the EU under its Programme for Economic Advancement and Community Empowerment (PEACE) scheme, in collaboration with Pakistan’s Sarhad Rural Support Programme (SRSP), which works to alleviate poverty in the northwest of the country and is implementing the project.

The micro-hydro plants will bring power to 75,200 households, according to the report.

“Of the 165 micro-hydro plants under the EU-funded programme, almost 100 power stations have already been completed which have started supplying electricity to the local communities while work on the rest is going on and will soon be completed,” Zahid Khan, SRSP programme manager in Malakand, was quoted as saying.

The region has been buffeted by war and extreme flooding since 2010, and residents have reportedly been relying on diesel power, which is too expensive for some poor communities.