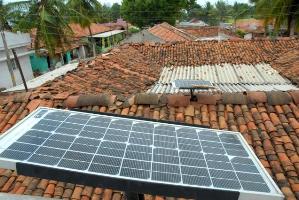 India’s government has taken another step toward meeting its 20 GW-by-2022 solar target with the award of rooftop solar photovoltaic (PV) projects in nine cities.

The Solar Energy Corporation of India, a non-profit company run by the Ministry of New and Renewable Energy to implement the targets of the Jawaharlal Nehru National Solar Mission (JNNSM), announced the successful bidders for its 10-MW Phase III tender this week.

In total, 8.75 MWp in grid-connected rooftop PV projects are to be developed, with 1500 kWp in Chennai, 1000 kWp in Delhi, 1000 kWp in Kolkata and 1000 kWp in Mumbai, among others. While most cities will host projects from multiple developers, the largest single award went to Waaree Energies Ltd for a Palatana project with a capacity of 1000 kWp.

The JNNSM has grown India’s solar capacity by over 30 MW since its inception, with the nation’s total capacity currently standing at around 2 GW.