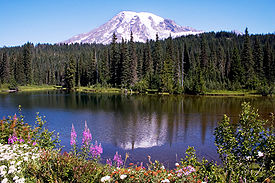 The plant will create steam to make paper and generate 20 MW of electricity for the mill and for sale.

That includes hydraulic equipment, valves, fuel lines and a snakelike mass of external piping that carries water, steam and air between the boiler and the mill.

Also being tested is a “truck dump” that lifts vehicles filled with biomass high in the air — tractor, trailer and all — and dumps the wood waste out the back.

The project has survived appeals before the state Shoreline Hearings Board and Thurston County Superior Court that began before construction commenced in June 2011.

Opponents have been concerned about air pollution, though the company has maintained — and the Olympic Region Clean Air Agency has agreed — that Nippon has fulfilled all state and federal pollution-control laws.

The cost of the new plant originally was estimated at $71m but it rose to $85 million because of higher-than-expected costs for the cooling tower and redesign of the fuel silo and foundation.