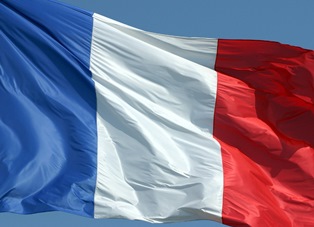 France is in the midst of a three year experiment launched last June aimed at speeding up renewable development, by cutting excess bureaucratic procedures.

There is now a single permit for biogas plants and wind turbines in a bid to speed up processes.

The country’s environment ministry has called for 1,500 methane proposals by 2017. The plants can produce heat and electricity, or cogeneration, or cleaned-up gas for pumping into the grid.

Bloomberg reports one such project in the French Pyreness which had undergone six years of studies, permits and meetings on topics ranging from the risk of lightning strikes to the local flora near the farm where construction is finally set to start this month on a fermentation plant to convert cattle and duck excrement into heat and power.

Europe’s biggest agricultural producer had 185 on-farm methane plants at the end of last year, compared to about 7,700 in Germany and red tape has been blamed for stymieing progress.

The regulatory process is slowed by separate government services handling construction and operating permits. After lengthy correspondence and numerous studies, getting initial approval for a methane plant can take one to three years.

The long lead time for projects discourages investment and holds back French biogas expansion, according to Engie, the new name for GDF Suez, operator of Europe’s largest natural gas network. From identifying a feedstock to producing the first methane takes an average five years, Xavier Passemard, head of the methanisation business at the company, told the news agency. German farmers can get from corn to gas in half that time, he said.