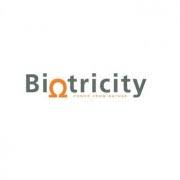 Biotricity Maubourguet has secured a 20-year contract for difference in France for a 49.7MW combined heat and power plant.

A subsidiary of Irish company Biotricity, Biotricity Maubourguet’s facility will supply 15.98MW of electricity in southwest France, with remaining output for heat.

It will be fuelled by straw and other agricultural crop residues supplied by agricultural cooperatives Euralis and Vivadour. The plant will process about 150,000 tonnes of biomass a year.

Biotricity France’s Tony Kinsella said: “The project has all the necessary planning and operational permits and fuel supply agreements in place. It will now enter its financial close phase and construction is scheduled to start early in 2019 on this €100m facility.”

The facility has been described by Declan Kennedy, Biotricity Ireland, as “a major milestone”.