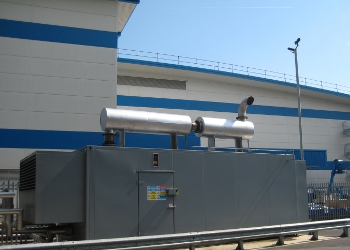 UK renewable technology specialist has witnessed a growing demand for its Discount Energy Purchase Scheme, as the recession continues to bite and Senior Sales Director Ian Hopkins told COSPP that he believes its down to companies becoming increasingly aware of the costs of running their businesses.

“Energy consumers are showing a heightened concern over where electricity prices will be in the medium term, which is also driving uptake. It’s also being driven by concerns about energy security, and an increasing desire to reduce carbon – partly because this is costly in terms of compliance with the CRC and Climate Change Levy payments, but also because companies are eager to contribute to the environment and realise that this is also good for their reputation. “
The scheme opens up the energy saving benefits of combined heat and power (CHP) to cash-strapped organisations and allows UK business energy users to reduce their energy costs to beat the economic downturn – without raiding their capital or taking out expensive loans.

Ian Hopkins says, that rather than waiting for the government to publicise the benefits of both the technology and the financing schemes behind it, the sector needs to work harder to bring the benefits to companies across the board nationally.

There is an educational aspect to this in dispelling negative perceptions.

“There’s a common misconception that installing and operating energy efficient or renewable technologies is out of budget. The Green Deal and the government’s publicity campaign will help reinforce the concept of pay as you save.  We find that businesses are resistant because they think that the offer is too good to be true!

“It’s up to companies such as ours to get out there and spread the message that there’s no reason to put energy saving schemes on the back burner as there’s technology out there that will, quite literally, pay for itself.”

Business that participate can expect to reduce carbon emissions by 20 per cent, while complying with environmental legislation and saving money, despite not having to inject capital into new technology.