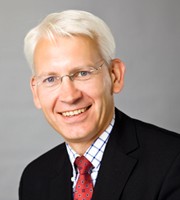 The new boss of E.ON UK has told a prestigious gathering at Oxford University that the decarbonization of heat and transport now supersedes the drive towards renewable energy.

E.ON CEO Michael Lewis told Aurora’s Spring Forum that the UK had brought about success in developing its renewable energy industry, but now the focus must shift to other areas.

“[Renewable generation] has been a huge success, but in many ways, that is already done,” said Lewis. While there are “some issues around intermittency” to solve, “we have [achieved] renewable, low and zero carbon generation at a lower price than conventional generation. Now we need to turn to transport and heating ” and that is where E.ON wants to play a key role.”
Lewis compared the status of the heat and transport area now with that of renewables over a decade ago, according to the Energyst, and pointed out that while the UK has succeeded in delivering almost 40GW of renewable generation, “success was far from a forgone conclusion back then”.

Lewis said in 2008, E.ON had two offshore projects under construction, “both hugely over budget and late”. The firm had another two in operation, both beset by technical difficulties. Meanwhile, the London Array project “came that close to not going ahead, and would not have gone ahead unless government had moved to two Rocs”.

The government’s decision to provide additional subsidy to offshore wind developers reaped the reward, he said, enabling the economies of scale that are leading to cost reductions.

“We were about to make an à‚£800m investment decision, and needed to know that the government stood behind us, which they did, and created a world class industry,” Lewis said, adding that this approach to heat and transport would be similarly appreciated.

“We believe our capabilities are better deployed where there is still a problem to be solved,” he said, suggesting the starting point should be “making the existing system more efficient.”