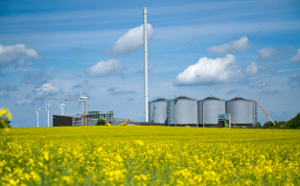 The Danish state-owned utility has agreed to divest the plant near Holstebro to Struer Forsyning Fjernvarme A/S and Vestforsyning Varme A/S for an undisclosed sum.

SeeNews reports that the move is in line with the group’s 2011 decision to focus on its large central power stations at home. Since then, Dong has sold eight local biomass– and gas-fired power stations plus six waste-fired CHP facilities.

“We’re in the process of converting a number of our central power stations to using wood pellets and wood chips as fuel instead of coal and gas so that they contribute to Denmark’s green conversion,” said Thomas Dalsgaard, Dong Energy Thermal Power’s executive vice president. He added that the company aims to source at least half of the electricity and heat generated at its plants from biomass in 2020.

The sale of the Maabjerg station is expected to be wrapped up in the second quarter of 2015, subject to clearance by the country’s competition authorities.