The Crown Estate has launched leasing rounds for up to 800 MW of wind and tidal power generation offshore from the north of Ireland, it said on Thursday.

Development will be focused on two areas, development of wind power of up 600 MW capacity off the southeast coast of County Down and tidal power of up to 200 MW around Rathlin Island and Torr Head.

B9 Energy, a renewable developer in County Antrim, said that a 150 MW project on a good tidal site could generate approximately 5 percent.

“The development of offshore renewable energy provides not only greater energy security and diversity, but significant economic and employment benefits. The recent announcement by DONG Energy at Belfast Harbour confirms that Northern Ireland has what it takes,” Northern Ireland Energy Minister Arlene Foster said in statement.

Tenders will be assessed on the bidders’ ability to deliver operational projects by 2020, with development rights to be awarded in the second half of 2012, Crown Estate said. 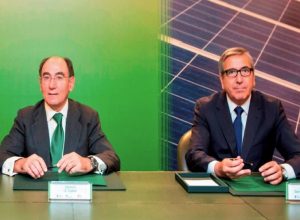