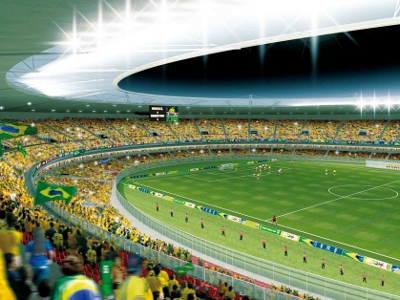 The Estadio Mineirao in Belo Horizonte, Brazil is the first stadium for next year’s World Cup to have its on-site solar capability inaugurated.

The stadium is the first of many which will feature rooftop arrays in time for the 2014 football spectacular.

Total investment for the project was $16.1 million with German bank KfW and CEMIG funding the new solar power plant.

Other stadiums that will be powered by solar facilities include a 1500 solar panel project at the Maracana in Rio de Janeiro, the  Recife’s Pernambuco Stadium and Brasilia’s Mané Garrincha stadium, which will have a 2.5 MWp solar rooftop plant, enough to power half the stadium.