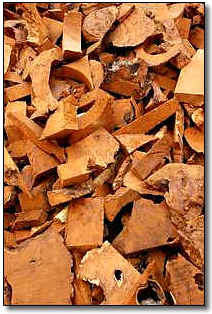 The Markinch plant in Scotlandà‚  is expected to reduce carbon dioxide emissions by a quarter-of-a-million tonnes each year.

Constructed and operated by RWE, the plant replaces the former 1950’s coal and gas fired CHP power station on the site of premium paper and board manufacturer Tullis Russell.

The new facility is already providing all of Tullis Russell’s electricity and steam requirements, with excess electricity generation being fed into local networks.

Paul Coffey, Chief Operating Officer at RWE Innogy said: “RWE has taken biomass combined heat and power technology in UK to the next level. The Markinch plant is providing Tullis Russell with a state-of-the art low carbon power source, and exporting enough energy into the local network to power around 45,000 homes.

“With a multi-million pound investment and over 2.6 million man hours spent constructing the plant we’re delighted it is fully operational and has surpassed efficiency targets for energy production and emissions.

He added: “The partnership approach and collaboration between Tullis Russell, the Scottish Government, Fife Council and RWE has also been fundamental to the success of this project. Over 600 temporary jobs were created during the construction process and around 40 additional permanent jobs have been created at Markinch and the Offsite Fuel Processing Facility at Cardenden.”

The Markinch Biomass CHP Plant has also supported the safeguarding of 500 jobs at papermakers Tullis Russell, which has been a major employer in Fife for 206 years.

The project was financed, in part, with an à‚£8.1m Regional Selective Assistance grant from the Scottish Government and Forestry Commission Scotland has also helped underpin the investment with a long term contract for timber supply to the plant, providing 750,000 tonnes of timber over the next ten years.

Construction on the plant commenced in 2009 and was fully completed in 2014.