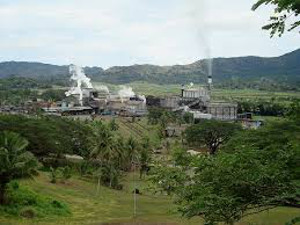 Fiji Sugar Corporation is due to commission a new combined heat and power plant at its Labasa Mill (pictured) in the north of the country.

The company is currently developing a series of CHP facilities to run on bagasse, a biomass by-product of sugar cane processing.

At Labasa FSC is developing a 10 MW project, while a further two projects with a combined capacity of 45 MW are underway at the Rarawai plant.

FSC is using the bagasse to generate electricity to export into the Fiji Electricity Authority (FEA) grid, and to generate process steam.

Developed at a cost of $17 million, the Labasa project was financed by the Fiji Development Bank.

FSC Labasa general manager Karia Christopher reportedly said of the development: ‘It will be something that will benefit the North as the mill will be producing electricity not only during crushing season but also sell power to Fiji Electricity Authority during off season.

‘Six to seven MW will be used in the factory and the rest will be sold to FEA through the year which means extra revenue for Labasa mill which has based their revenue from sugar and molasses,’ he added.