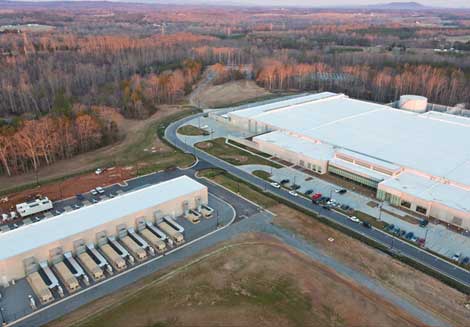 Apple is reported to be planning a new 137-acre 20 MW solar array to serve it new Reno data centre in Nevada, US.

GigaOM says Apple (NASDAQ: AAPL), in partnership with NV Energy is to build the “Ft Churchill Solar Array”, utilising a new technology that includes both solar panels and mirrors that focus the sun’s rays up to seven times onto the panels.

The report says that Apple will be partnering with SunPower to engineer and build the solar farm, which is the same company it worked with on its North Carolina plant.

A green tariff in the state of Nevada has also provided a positive climate for the decision and the company in a statement keenly pointed out the environmental plus points.

“This project will not only supply renewable energy for our data center but also provide clean energy to the local power grid, through a first-of-its-kind partnership with NV Energy.

When completed, the 137 acre solar array will generate approximately 43.5 million kilowatt hours of clean energy, equivalent to taking 6,400 passenger vehicles off the road per year.”