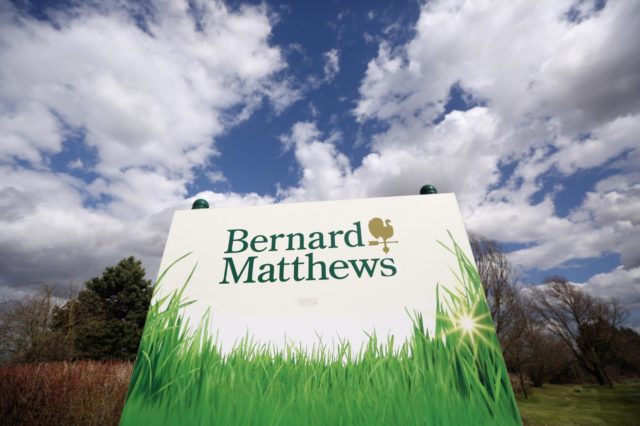 Bernard Matthews turkey farms has launched a programme to become 100 per cent green energy self-sufficient by 2016.

The programme is delivering nine large on-site wind turbines, two solar farms covering 90 acres, the UK’s largest single biomass project with 229 155-199kw boilers, an anaerobic digestion plant, a £3.6m investment in energy efficient technologies in its factories and another 2 MW biomass plant for a feed mill. It is also developing a second 500m³/hour anaerobic plant to supply gas to the national grid.

The Guardian reports that the UK’s largest turkey farmer has built biomass boilers to heat its 248 sheds.

More than seven million birds are reared on the farms in Norfolk and Suffolk. Heating the sheds they live in and getting rid of the waste they generate is at the heart of the company’s “big green plan”.

The company has raised £100m in investment to generate energy and make its 29,000 tonnes of annual waste more productive. Funding for the biomass project came from Equitix and the Green Investment Bank and the project itself was conceived, designed and managed by Lumicity.

The company hopes it will eventually be able to turn waste into pellets to burn in the boilers: that’s dependant on legislation.

So far, biomass boilers have been installed in 30 farms and four wind turbines have started generating power. The other five will be completed this year and will provide 2.3 MW of electricity.

The £4.2m anaerobic digestion plant at Holton was built in 2013 to generate power from factory waste. It removes the need for 1,200 lorry journeys a year and powers the factory where the waste came from.

Crowley Carbon helped Bernard Matthews reduce energy use by up to 30%. Advanced heat exchangers recover heat from borehole water, refrigeration has been redesigned and fluorescent lights were replaced with LED. Overall, carbon emissions are down by 31%.

The company is also examining the possibility of burning turkey litter in biomass boilers, which would allow the company the recycling of 10,000 tonnes of it by converting it into pellets. Even so, the boilers have already helped cut the waste because heat in the sheds is dryer and better for the turkeys’ bedding.

The company describes its recent years as “financially challenging” – and this was the reason behind finding partnerships and energy investors. It admits that without investment its “big green plan” would have been impossible.