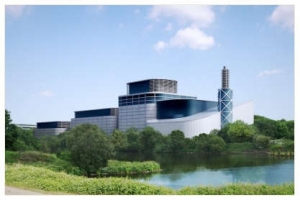 Peel Energy has opted to temporarily halt a plan to build a à‚£70m biomass power plant in Greater Manchester.

The developer has postponed the project to assess the possibility of adding combined heat and power generation to the Barton Renewable Energy scheme.

Under the original design at Davyhulme, the facility was expected to process 200,000 tonnes of waste wood and other plant-derived biomass to produce 20 MW of electricity a year.

The project was granted planning permission from the Department of Communities and Local Government (DCLG) in May 2013, after a public inquiry in Trafford and had been expected to become operational in 2016.

Jon England, Peel Energy project manager, said: “We have taken the opportunity to consider options for improving the sustainability of the scheme by the supply of heat to local developments and industry and will continue to work closely with Trafford Council officers and its senior elected members.”

The project has faced continuous opposition by the local authority, which lost an appeal against DCLG’s decision to grant planning permission for the facility.

Council leader Sean Anstee said: “I am pleased that Peel is reconsidering its plans. It demonstrates that Trafford Council is able to influence the firm on behalf of residents in Davyhulme, Urmston and Flixton.