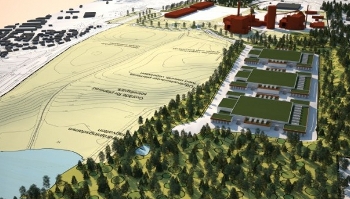 The Swedish mining city of Falun has become home to the first ‘climate positive’à‚ data centre, billed as having a negative carbon impact by virtue of its contribution to Falun’s innovative municipal energy system.

The EcoDataCenter facility will contribute waste heat to heat Falun’s homes and businesses via the city’s municipal heating system, while excess steam from the local municipal combined heat and power plant will help drive the data centre’s cooling systems, according to the project.

EcoDataCenter will make use of a local power plant, operated by the city, which derives power entirely from renewable sources, including solar, wind and hydro power, as well as biomass fuel ” that is, burning branches and wood chips from forestry waste, sawdust from local saw mills and old wooden furniture to generate steam which, in turn, drives a turbine.

Techweek Europe reports that the 18 MW data center will also benefit from the city’s cool climate, which will provide free cooling from October to April, according to backers.