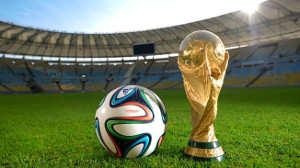 The Greece-Colombia à‚ football match played on Saturday represented a first in World Cup terms: it was the first time the prestigious tournament was played in a solar-powered stadium.

Mineiràƒ£o stadium was powered by Martifer Solar, which built the rooftop PV plant as part of the Minas Solar 2014 program for CEMIG and their partners, German bank kfW and Minas Arena.
The 1.4 MW plant will offset 139.7 tonnes of carbon dioxide emissions per year, which is sufficient energy to power more than 2700 households in Brazil on an annual basis.

The stadium at Belo Horizonte will host six games of the 2014 FIFA World Cup, including a semi-final match on 8 July. According to a recent statement from CEMIG, the 1.4 MW PV installation at Mineiràƒ£o stadium is the first investment of its type, as well as being the first large-scale solar power facility in operation within the country of Brazil.

The stadium installation was built on an area of approximately 10,000 m2, which covers more than 85% of the stadium’s rooftop. There are 5910 modules installed in a fixed position, which totals an estimated production capacity of more than 1.6 GWh per year.à‚

Martifer Solar has been operating in Brazil since 2012, and is currently one of the largest PV players in the market.