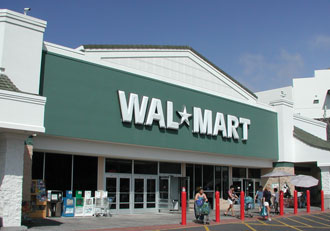 According to a new report from the US Environmental Protection Agency (EPA)’s Green Power Partnership, global retail firm WalMart is once again the nation’s top producer of on-site renewable energy.

The win marks WalMart’s third year in the number-one slot.

Of the firm’s renewable power sources, rooftop solar photovoltaics make up the largest share, accounting for 89 MW as of autumn 2013. The company says it also powers its stores with wind and biogas.

According to the EPA, the combined on-site renewable power consumption of the top 30 US producers amounts to nearly 831 GWh per year, equivalent to avoiding carbon dioxide emissions from the annual electricity use of nearly 81,000 average US homes.