The supply deal will include controlled extraction, gearboxes and generators for the plant. This is Doosan Škoda Power’s first such project in the automotive industry.

“This flexible configuration of single-flow steam turbine with controlled extraction, gearbox and generator is often used in industrial operations,” Michal Sarpong, Head of Proposals in Doosan Škoda Power, said in a statement. “Not only does it generate electrical energy, but it also supplies necessary steam of requested parameters via extractions to other technologies of the factory – in this case into the Volkswagen production technology. We believe that we will be a good and reliable partner for the Group.”

The Volkswagen project is a continuation of collaboration between Czech-based Doosan Škoda Power and Japan’s Mitsubishi Hitachi Power Systems. MHPS supplies the gas turbines in the combined-cycle configuration, while Doosan brings the steam turbines.

The Wolfsburg plant is perhaps one of the world’s largest automotive production sites, with 6.5 million square meters of space. It opened in 1935 and produces up to 800,000 cars annually, according to reports. 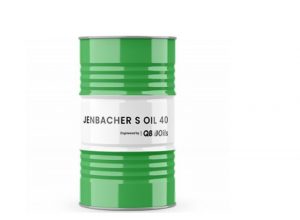