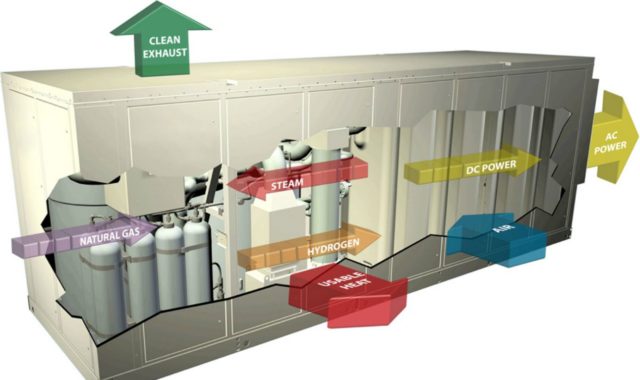 Telecommunication giant Verizon (NYSE: VZ) is to invest US$100m in a solar and fuel cell energy project, which will help power 19 of its facilities in seven states across the US.

When completed next year, the project will enable Verizon to annually generate more than 70 million kWh of on-site power.

The fuel cell and solar products will be installed at a variety of Verizon buildings, including corporate offices, call centres, data centres and central offices.

The systems will generate more than 60 million kWh of electricity and reduce carbon emissions by approximately 6000 metric tonnes per year.

Verizon has also signed a multi-year agreement with SunPower Corporation and is negotiating the deployment of high-efficiency rooftop- and ground-mounted solar photovoltaic systems, as well as solar parking canopies at facilities in California, Maryland, Massachusetts, New Jersey, Arizona and North Carolina.

The systems, which will generate approximately 8 million kWh hours of electricity annually, are expected to reduce Verizon’s annual carbon footprint by more than 5000 metric tonnes.

This is the company’s latest move toward reaching its goal of cutting its carbon intensity in half by 2020.