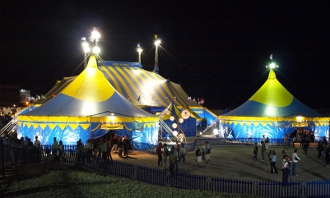 The world’s largest traveling circus will now be run with on-site power.à‚

Bigtop tent-based events across North and Latin America, Europe and the Asia-Pacific region will be grid-independent and kept at optimum temperatures despite widely varying climate and weather conditions.

Temporary on-site power is a fast-growing trend. According to a recent sector report from analysis firm MarketsandMarkets, the global power rental market is set to grow from US$7.8 billion in 2012 to $17 billion in 2017.

Aggreko has previously supplied UPS power to the Olympic Games in London, UK and Vancouver, Canada.