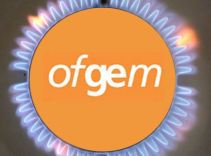 Ofgem has recommended to the UK government to drastically cut subsidies paid to small generators by as much as 93 per cent, in a move heavily criticised by the sector.

Dermot Nolan, chief executive at Ofgem, said the recommendation is motivated by a need to cut consumer energy bills. He said, “We are concerned that the current level of the payment is distorting the market and is set to increase further. Our role is to protect customers and make sure costs are kept as low as possible. That is why we are taking action by reducing this payment.”

The energy watchdog is counselling the government to cutà‚ subsidy payments for small plantsà‚ producing electricity at peak times from à‚£47à‚ per kilowatt to between just à‚£3 and à‚£7à‚ per kilowatt for three years from 2018 to 2021.

The regulator believes the changes will prevent market distortion and reduce consumers’ energy bills byà‚ up to à‚£370m a year.

Responding to the decision, Association for Decentralised Energy Director Tim Rotheray said: “We are disappointed that the much larger national benefits that small generators deliver by reducing use of transmission networks remain unexamined, and Ofgem’s new review must investigate how lowering use of the transmission network can save consumers money over the long term.

“The decision today does not address the heart of the issue, which is Ofgem’s approval for the rapid rise in the cost of the transmission network from à‚£943 million in 2007 to à‚£3.7 billion in 2021.”

Meanwhile Mark Draper, chairman of the Flexible Generation Group, said:à‚ “This decision poses a significant challenge to our growing industry and makes it even more difficult for new entrants into the energy market to compete with established players. Its impact will inevitably push up prices for consumers, stifle innovation and investment in the energy sector and put existing Capacity Market agreements at risk, threatening security of supply.”

For some industrial energy users, who meet their energy needs with efficient on-site generation, this will result in an increase in their energy costs of about 20%.

The process used for coming to this decision has been criticised as rushed and poorly designed, with evidence from Cornwall Energy showing that Ofgem significantly overvalued the benefits of today’s decision and undervalued the costs.

Ofgem has slightly increased the amount paid to generators from the originally-proposed à‚£2/kW.

The ADE, in a statement said the move was counterproductive ” “British businesses play a key role in keeping the lights on. These payments help them lower costs for all consumers, while driving down their own energy bills. Today’s decision will directly undermine the government’s industrial strategy and smart energy ambitions. Manufacturing energy costs will rise and some battery storage projects will be halted.”

“The proposed changes will increase costs for all businesses and public sector organisations that generate their own power and export it locally ” from industrial manufacturers to hospitals, farms and energy storage providers.”

“More than 13% of peak demand met by small generators, more than double the security of supply margin this winter. Ofgem has not examined whether small generation sites will close as a result of these changes.”

“More than 8 GW of small generators received contracts in the Capacity Market auction, and some have stated they are unlikely to build this capacity as a result of these changes. Government will have to re-secure this capacity from new generators at a much higher price.”

UK Power Reserve also expressed disagreement with the proposed cut, saying “We are confident about our prospects for success and growth in the UK but also in international markets. This is despite Ofgem’s decision on embedded benefits today.

“We are disappointed that the regulator has chosen to follow its ‘minded-to’ position regardless of extensive analysis indicating that this will not deliver the best value for consumers.”

The government will now decide whether or not to adopt the proposal.