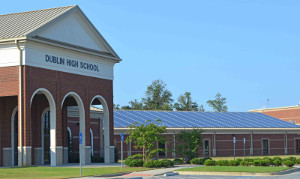 A new study claims that K-12 schools in the US have shown explosive growth in their use of on-site solar power over the last decade, with installed capacity soaring from 303 kW to 457 MW over the period.

According to the report there are now 3752 K-12 schools in the US with solar installations and a combined capacity of 490 MW, generating roughly 642 GWh annually.

The new report also found that more than 3000 of the 3752 systems were installed in the last six years and that between 2008 and 2012, solar installations on US schools experienced a compound annual growth rate of 110%.

Nearly half of the systems currently installed are larger than 50 kW and 55 schools have systems that are 1 MW or larger. Excluding small demonstration systems, the median system size of K-12 school photovoltaic (PV) systems was found to be 89 kW.

However, there is considerable scope for additional development. Of the 125,000 schools in the country, between 40,000 and 72,000 can add solar cost-effectively, the analysis concludes.

The report from the Solar Foundation (TSF) – funded through a grant provided by the US Department of Energy’s SunShot programme – is the first nationwide assessment of how solar energy helps to power schools in the nation.

‘Solar enables schools to save money, enrich learning and keep teachers in the classroom – all while providing local jobs and generating emissions-free electricity,’ said Andrea Luecke, President and Executive Director of The Solar Foundation. Luecke added: ‘With five times as many solar schools today than in 2008, it is clear that the solar schools movement is gaining momentum and providing kids with the greatest benefits.’