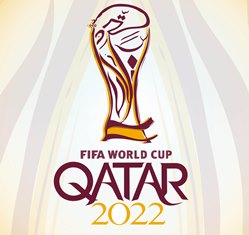 The global value of the power equipment rental market is forecast to expand from $8.7bn last year to $17.4bn by 2020, according to a new report.

The study from research firm GlobalData states that the Middle East will see the highest power rental market growth globally between 2014 and 2020, with its value doubling from $1.4bn to $2.8bn.

However, some of this growth is dependent on Qatar hosting the 2022 FIFA World Cup – something which is now uncertain following recent turbulence in the governing ranks of FIFA.

“The United Arab Emirates and Saudi Arabia will follow, with respective CAGRs of 13.1 per cent and 10.3 per cent over the forecast period.”

Siddhartha Raina, GlobalData’s senior power analyst, said that Qatar’s exponential growth may be restrained if the country loses the chance to host the World Cup, following allegations of bribery in the bidding process and the subsequent resignation of FIFA president Sepp Blatter.

Raina said: “With the World Cup planned for Qatar in 2022 and the 2020 World Expo in the UAE, significant investments have been made in these countries’ infrastructure development. These include Qatar’s investments of more than $200 billion in developing its rail and highway network and ports, in turn boosting its power rental market.

“On the other hand, losing the World Cup could significantly impact the planned flow of such investments and government spending directed towards the country’s large-scale infrastructure development and construction sector, subsequently hindering the predicted growth in its power rental project revenues.”

The analyst added that even if the World Cup proceeds in Qatar, several barriers will still hinder further growth in its power rental space by 2020, including stringent emission standards to help counter its environmental challenges.