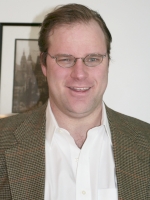 A leading proponent of cogeneration believes the industry needs to be more proactive if it is to realise its potential.

Chair of the US Northeast Clean Heat and Power Initiative, William Pentland, told COSPP that the industry has some distance to go to match the solar industry for drive and vision.

“It’s a patient industry. Patience is one thing ” but there is a risk of it becoming paralysis. Patience can be poison.”

One of the challenges is the poor fit traditional cogeneration business models are for smaller projects in mature markets like New York State and New England. The problem is rooted in part in the natural evolution of cogeneration from its origins in large industrial projects, but is exacerbated by a lack of innovation on the industry’s part.

à‚ “We need to stress test our commercialisation strategies and innovate downstream. Innovation isn’t just about the engineering; it’s a new way of selling products, a new way of packaging services. We need real vision about where we are going and how we are going to get there.”

à‚  Pentland who is also the Director of Energy Markets and Policy for the World Alliance for Decentralised Energy, says the industry should focus more on the opportunities than the barriers to CHP’s progress and emphasises that some are doing better than others in this regard.à‚

“Take my old company, ClearEdge Power,” said Pentland. “Yesterday, ClearEdge closed a $100m deal with Verizon (NYSE:à‚ VZ) to install a fleet of fuel cells at 19 facilities. When I joined ClearEdge, it was a sleepy little start-up company selling micro-CHP fuel cells to homes on the West Coast. That strategy was about as stale as a year-old bagel and it went out the window the first day the new CEO, David Wright, came through the door in early 2012. Wright changed the tone at the top and that changed everything. That is leadership.”à‚  à‚ à‚ à‚ à‚ à‚ à‚

CHP hasn’t entered the public consciousness to anything like the same extent as solar or wind power for example. It’s not as immediately obvious to the public as a concept, and as old as the industry is, it still has struggled to articulate a value proposition and corral wide public support.

Pentland expounds on how the solar industry created its niche as a credible player in the US ” the provision of renewable portfolio standards. Cogeneration has proven, so far, to be unable to match such initiative.

“To get those created they had to really articulate the value proposition in a macro sense, and say this is for our country and make people believe in it. What I’ve learned from environmentalists and folks in renewable energy is that conviction matters.”

What’s most frustrating for many in the field is that the beneficiaries of CHP, those that have experienced its effect on their businesses fully comprehend how compelling it is economically, yet the industry has failed to capitalise. Pentland says customer adoption rate remains slow partly because financial institutions perceive it as riskier than it is, but also because practitioners of CHP are not as effective as they could be at packaging the value proposition for customers.

“Netflix did not invent the DVD. It invented a new way of distributing DVDs. At the end of the day, we are not selling equipment; we are providing a better service for the customer.”

He feels the industry should integrate innovation into its culture.

“Culture eats strategy for lunch,” said Pentland.à‚  “The culture of the cogeneration industry is rooted in traditional project development. We need to stop thinking about projects and start thinking about programmes. That paradigm shift is critical to creating the future pipeline visibility the industry needs to grow sustainably.”

Closing the conversation, Pentland cites the likes of ENER-G in the UK as ‘one of the most compelling companies in the field’, and one that is leading by example. But his overallà‚ prescription for the industry’s ills has a familiar ring.à‚

“Let’s treat this like more than aà‚ pay check.à‚ We need to act like we are changing the world if we want to get out of the puddle and into the pond.”