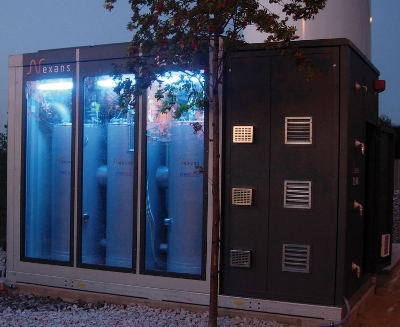 The order covers the design, fabrication, and permanent installation of the innovative devices, including the associated switchgear, and has a total value of approximately $3.5m (EUR 2.6m). It is Nexans‘ third UK order for superconducting fault current limiters and the largest to date.
Installation of the pioneering technology in Birmingham’s network is part of the FlexDGrid project, which aims at future proofing existing networks to accept more electricity generated from sustainable resources. The new equipment helps achieve this objective by enabling higher power feed-in from distributed or renewable electricity sources. In many places this will remove the need for network expansion with new substations.