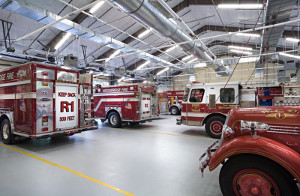 A fuel cell-powered microgrid is to be developed in Woodbridge, in Connecticut, US with the signing of a finalised deal.

Powered by a FuelCell Energy, Inc power plant running on natural gas, it will supply 2.2 MWe. Located at the Amity Regional High School, heat from the fuel cell will be used for heating the school and providing hot water.à‚

In the event of a disruption the plant and microgrid will provide an independent power system for seven municipal facilities, including Woodbridge Town hall, the library, fire and police stations and the Public Works Facility, among others.

As part of the deal, local utility, the United Illuminating Company, a subsidiary of UIL Holdings Corp, also finalized contracts with the Amity Regional District No 5 and the town of Woodbridge to build and operate the power plant and microgrid, which is expected to be operational by late 2016. Under contract to UI FuelCell Energy will design, build and install the fuel cell power plant, and will also operate and maintain it under a long-term service agreement.

‘This state-of-the-art facility will produce clean power and help ensure that critical municipal services in Woodbridge à¢€” including the police and fire departments à¢€” can continue to function even when storms and similar events cause widespread power outages,’ said James P Torgerson, UIL’s president and chief executive officer.